The Royal Palace stands on the site of the former Alcazar of Madrid, a medieval fortress transformed into a lavish palace by John II, Charles V and Phillip II who in 1561 made it the official residence of the Spanish Monarchy. The Alcazar, sumptuously decorated by Phillip II and Phillip IV, who commissioned this work to Velázquez, was destroyed in a fire on Christmas Eve 1734.

Phillip V then decided to raise a new Royal Palace on this site, employing the best architect in Europe at the time, Filippo Juvarra. When Juvarra died in 1736, his pupil Giambattista Sacchetti made various changes to his grandiose project. The entire building is made of a series of domes built without a single piece of wood and it has multiple floors to accommodate all the administrative offices, Crown officials and servants.

The first stone was laid in 1738 and the building was finally completed in 1751, although sculptural decoration of the grounds and "external works" continued until 1759, under the watchful eye of Sacchetti. Unfortunately, his work suffered from constant redrafting and was significantly altered by Francisco Sabatini, the architect of Charles III who was the first king to live in the Royal Palace, installing his court there in 1764.

Charles III, who already employed Corrado Giaquinto as his court painter when he arrived in Madrid in 1760, invited two other painters who were very well-known in Italy –and therefore in Europe– to decorate his new home: the Venetian Giambattista Tiepolo and the Italian-trained German Antonio Rafael Mengs, his first official portrait painter. The frescoes painted by these two artists in the main rooms, and by their pupils in other parts of the palace, are one of the most impressive features of this royal residence, where Charles III and Charles IV would spend just eight weeks a year: in December, Easter week and part of July.

Charles III's bedroom, which forms part of the private chambers of this illustrious monarch, still contains all the fixed furnishing designed by Sabatini for the entire main floor: solid mahogany doors and window frames; lavish Spanish marble archways, mantelpieces and friezes; and stucco ceilings and frescoes. In the 18th century, the walls of the palace were lined with the best painting from the Royal Collection.

The Throne Room and the Gasparini Room are the most representative of Charles III's personal tastes, showcasing a highly exuberant Italian interpretation of the Rococo decorative style. Charles IV added significant neoclassical elements and a range of French furnishings and Ferdinand VIII is to thank for the overwhelming collection of French bronze-and-glass chandeliers. The last decorative changes, transforming the Palace into its current historical state, occurred under the reign of Alfonso XII in 1879.

The chambers of Charles IV and María Luisa, which were used by all successive monarchs until 1931, extend along the entire length of the eastern facade. These rooms are regularly used to hold royal audiences, since the Palace is still the official residence of the King of Spain.
The Royal Armoury, hailed as the best European collection together with the Imperial Armoury of Vienna, which are both attributed to the Hapsburgs, was installed alongside the Alcazar by Phillip II and transferred to the current room in 1891. The Palace Gardens, known as the “Campo del Moro” park, were also created under the reign of Phillip II.

Thanks to a romantic tale about the Christian conquest of Madrid, the Palace Gardens are popularly known as the "Campo del Moro" (Camp of the Moor).  They were created by Phillip II  when he finished building the Alcazar and moved his court to Madrid. During the construction of the Royal Palace in the 18th century, various designs were put forward for its gardens. Joseph-Napoleon Bonaparte showed particular interest in this park –as he was unable to visit other Royal Sites– and invited Juan de Villanueva to add a series of tree-lined walkways to the gardens and to link them to the Casa de Campo via a tunnel and a bridge that had already been built by Isidro González Velázquez under Ferdinand VII.

In 1843, Isabella II ordered the entire gardens to be replanted according to the designs of her chief architect Narciso Pascual y Colomer and traces of this formal layout can still be seen today. Completely neglected during the six-year revolution of 1868-1874, the Queen Regent Maria Christina of Austria appointed Ramón Oliva to redesign the gardens with a series of curved walkways that, despite slight modifications after the Civil War, form the current layout of these historical gardens. 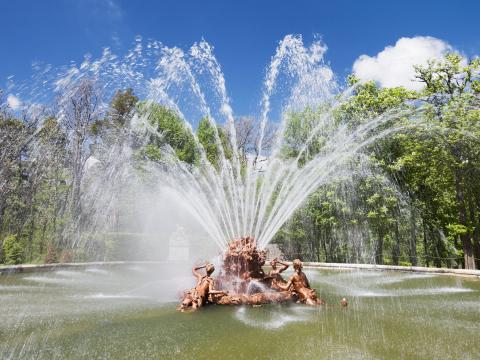 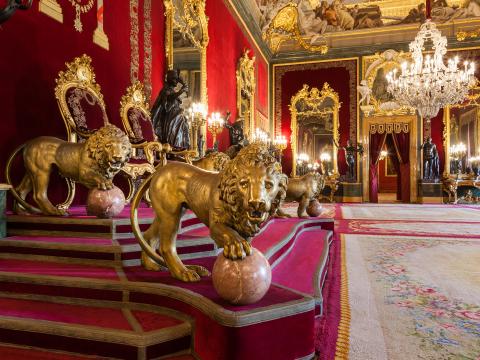 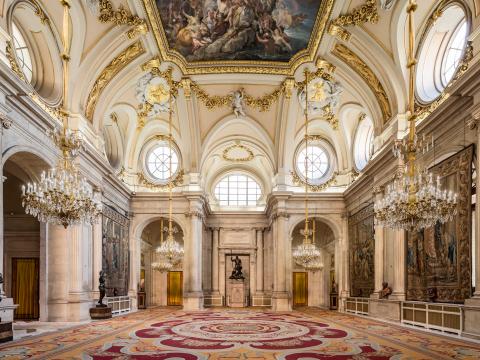 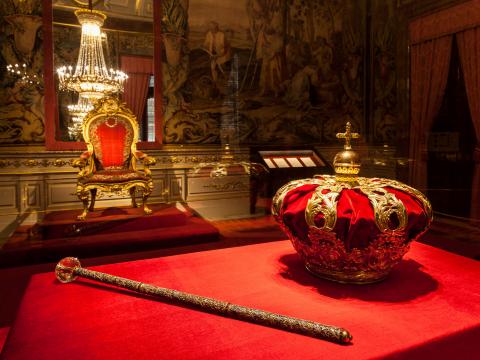 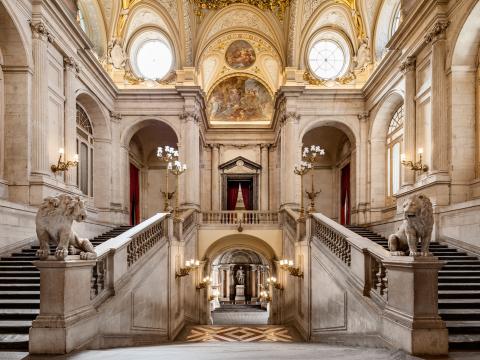 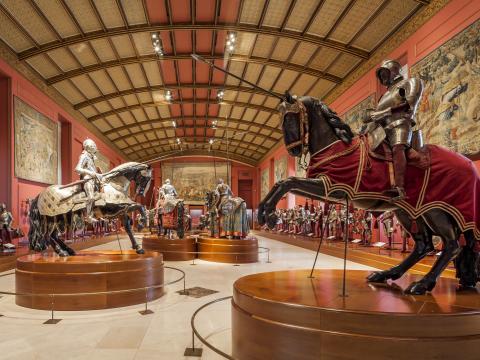