Upper Chambers of the Royal Alcazars of Seville

The Royal Alcazars of Seville are a palimpsest complex of buildings which has been modified and added to over the centuries; although it is mainly characterised by its Mudejar and Renaissance features. The site was established during the Almohad dynasty (12th century) when the outer walls were erected. A number of palaces or "quarters" were built within these walls yet some have disappeared over time. The changing names given to its various components adds to the complexity of the building itself.

12th-century additions include part of the outer walls, palace buildings, such as the Plaster Patio and the gardens of the Crucero Patio and of the former Alcazar; the Gothic Palace was added in the 13th century; the 14th century saw massive decorative work to the Royal Chamber or Palace of King Peter, built on the existing Moorish foundations, the date of which remains unknown. Significant decorative changes were made during the reigns of Isabella and Ferdinand, Charles V and Phillip II, especially to the Courtyard of the Maidens and the top floor of the Royal Chambers. At the end of the 16th century and beginning of the 17th, the current design of the gardens took shape and other works were added such as the Apeadero entrance hall. In the second half of the 18th century, extensive work was carried out due to an earthquake in 1755 and a fire in 1762 that caused significant damage to the oldest parts of the complex. In 1843, a restoration project began –but was never finished– which was followed a similar project carried out by Rafael Contreras between 1855 and 1857.

Used by Phillip V during the "Lustro Real" (the 4-year period in which the King’s court was installed in Andalusia) and by Isabella II, Alfonso XII, Alfonso XIII and Juan Carlos I when visiting Seville, their regal presence is strongly felt on the main floor where tapestries from the Royal Collection hang among the 19th furnishings.

The Upper Chambers, whose use is attributed to Patrimonio Nacional, comprise: the vestibule from the era of the Catholic Monarchs; the Catholic Monarchs' private prayer room; the banquet hall built during the reign of Phillip II; the Catholic Kings' balcony built after 1492 in the typical style of Granada with spectacular views over the entire complex; the bedchamber of King Peter, which is one of the rooms of the 14th-century Mudejar palace; and the official chamber or audience room. 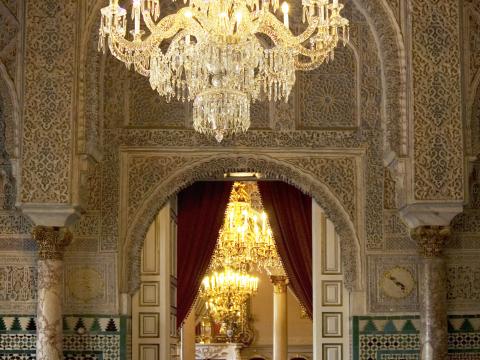 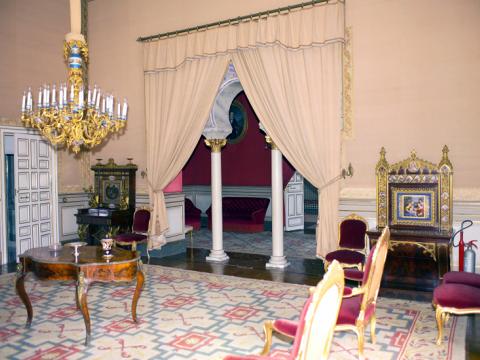 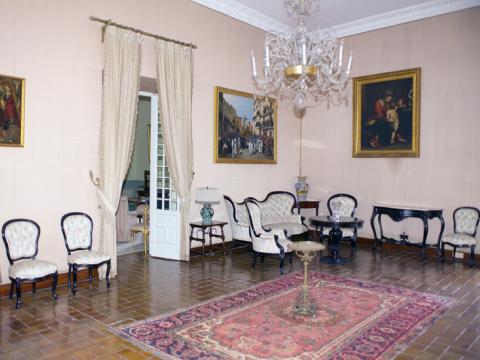