Las Huelgas is the leading Cistercian convent in Spain and head of all those established by the monarchs of Castile.

It was founded by Alfonso VIII and his wife, Queen Eleanor, in 1187.

The wealth and privileges granted to this royal foundation were clear in the status and titles of the abbess, the lady of many villages, whose important position was represented by a special headdress, similar to a mitre; this and her staff giving her the appearance of a female bishop.

The royal founders created a monastery with a Mudejar church, part of which has been preserved in the current Almohad-style Chapel of the Assumption. This Chapel contrasts sharply with the Romanesque cloisters ("las Claustrillas"), all built before the death of Alfonso VIII in 1214.

Construction of the monastery in its definitive gothic form was already underway in the first third of the 13th century, in the sober style of the Cistercian Order with a main church, cloisters and a scattering of smaller buildings around these, including the chapter house.

Las Huelgas became the Royal Pantheon of the founding monarchs and their immediate descendents during the 13th century. Stunning medieval textiles have survived from the royal tombs that, exhumed and studied in the 20th century, are displayed as part of a special collection installed in the convent's former granary. 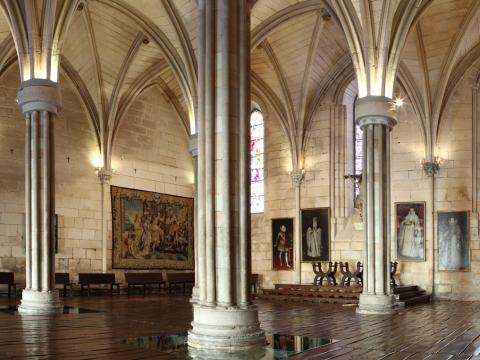 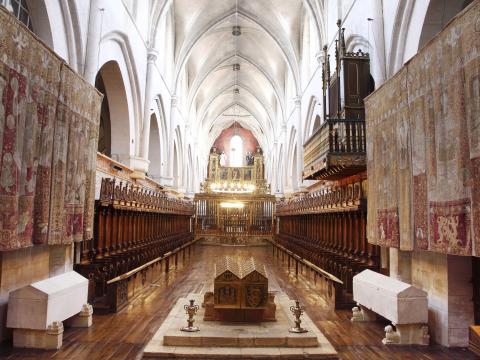 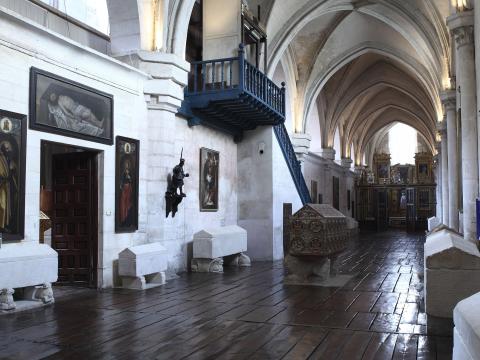