During the 14th century, the Kings of Castile regularly hunted in the woodlands of El Pardo and there was a small castle here from the 15th century onwards, built by Henry III and Henry IV on the site of today's palace.

Charles V ordered the castle to be completely rebuilt, entrusting the task to Luis de Vega, who created a small traditional Alcazar. This square castle encircled by moat and with towers jutting out at each corner was built in the Plateresque Castilian style, as seen in the main doorway and the courtyard galleries, where the Emperor's coats of arms and emblems are displayed.

The palace was finished by Phillip II, who introduced here for the first time the Flemish-style slate roofs, with high easels and spires. The inside of the palace was decorated in the Italian style, consisting of large frescoes and a gallery of portraits showcasing works by artists such as Tiziano, Antonio Moro and his pupils. Unfortunately, a fire in 1604 completely destroyed nearly all the interior decor, except in the Gaspar Becerra Room in the south west tower.

Phillip III entrusted the rebuilding of the palace to Francisco de Mora and, to keep the spirit of his father alive, commissioned a large number of frescoes, such as, among those that have been preserved, the ceilings by Carducho and Cajés.  In turn, Phillip V completely changed the interior of the palace to accommodate for his entire court, since he lived here for three months each winter.

Charles III extended the palace for this same reason, commissioning Sabatini to replicate the existing style by creating a new courtyard (the Bourbon courtyard) that was identical to the original Hapsburg courtyard. He also added a smaller courtyard in-between for the passage of carriages.

The Bourbons, especially Phillip V and Charles III, regularly stayed at this palace in January, February, March and part of April. Its use over the winter months led to the commission of a large series of tapestries; under Charles III, painters such as Goya and the Bayeu brothers made models or sketches for these tapestries that were then woven at the Royal Manufactory of Santa Bárbara in Madrid.

Charles IV broke with this tradition and ordered various series of tapestries to be moved to San Lorenzo de el Escorial, which since then have been divided into separate works. However, the palace would later be redecorated with other tapestries by Ferdinand VII.

Today, the palace is an important tourist attraction and is also use to accommodate foreign Heads of State on official visits to Spain.

The El Pardo Palace garden was created by Ferdinand VII, since until his reign only the trench around the building was landscaped, of which there are a number of curious  descriptions dating back to the 16th-century.

The nearby royal residence known as La Quinta boasts the best preserved aristocratic garden from the time of Phillip V, with a formal design in the French and Italian style. Directly inspired by the gardens at the La Granja Palace, it was created for the King's head groom, the Duke of Arco.

The Prince's Garden is a typical neoclassical Spanish garden divided into a series of square terraces in the Italian formal style. 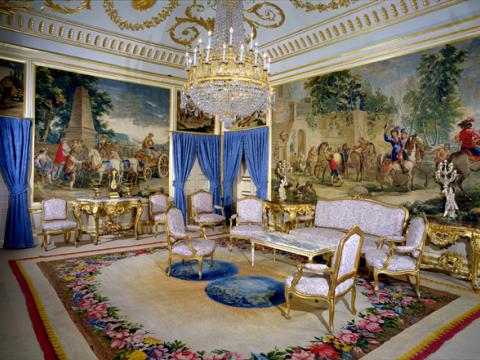 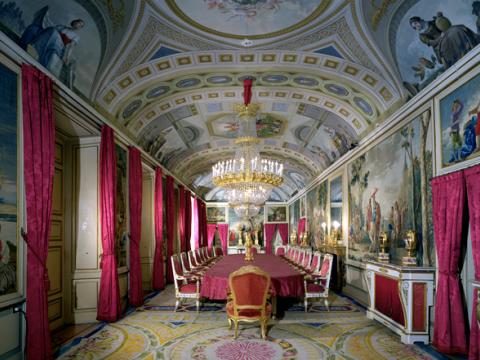 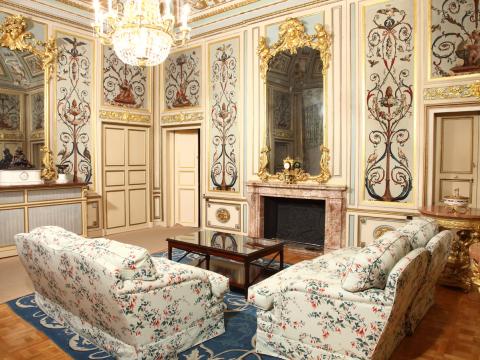