In the city of Mallorca, the royal castle of la Almudaina stands on the site of important settlements dating back to Roman times and that has probably been the seat of power on the island ever since.

The remains of the Arabic fortress, which is mentioned in 12th and 13th-century sources, can still be made out in the shape and layout of the castle today.

The castle was built at the beginning of the 14th century, between 1305 and 1314, by Jaime II and flourished as the main court of the Mallorcan kings during the first half of this century.

Since the reign of Philip II, it has served as the site of Official Audiences, the residence of the Viceroy and the Captain General, and the administrative centre of Royal Heritage sites on the island. Today, La Almudaina is the official residence of the King of Spain when visiting Mallorca.

Highlights include the Royal Chapel of Santa Ana, the Great Hall or Tinell (divided over two levels since the 16th century to accommodate larger audiences) and the Palau del Rei. Under the architect Bennazar, significant renovations was carried out at the beginning of the 20th century, followed by further work in the 1960s, 70s and 80s. 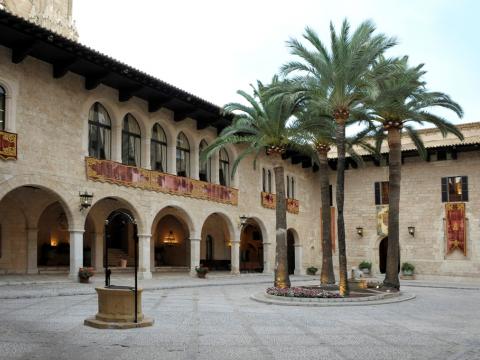 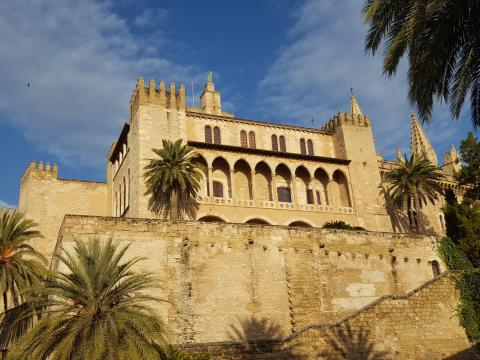 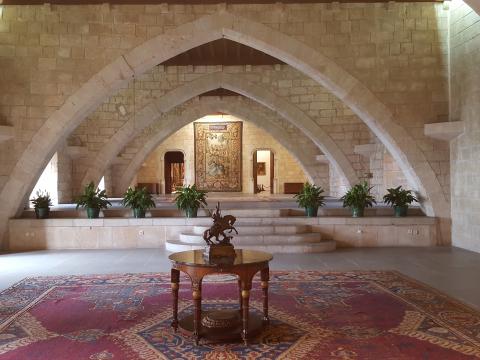 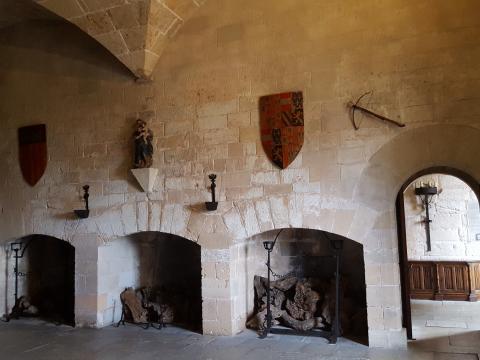 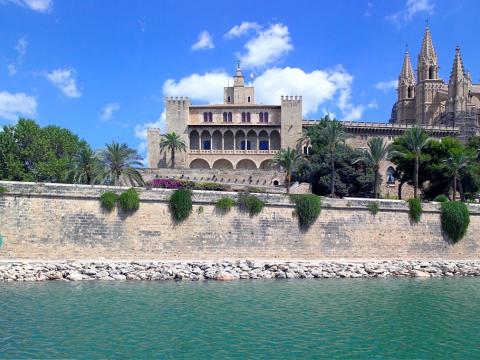 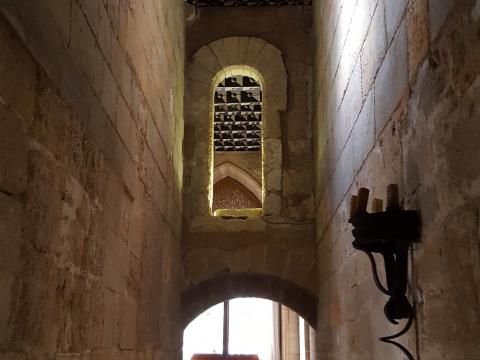