Limited capacity. Ask at the Monastery

Founded in 1611 by Margaret of Austria, the wife of Phillip III, this Augustinian Recollects convent was built very close to the Alcazar. There is a passageway between these two buildings on the first floor of the Casa del Tesoro that ran around what is today known as the Plaza de Oriente square.

Due to this sentimental and physical link to the palace, solemn State funerals for monarchs and members of the royal family were held here during the 17th and 18th century. It was designed by the architect Francisco de Mora and by Fray Alberto de la Madre de Dios and built in the style favoured by the Hapsburgs after the Royal Monastery of San Lorenzo de El Escorial was built. Between 1765 and 1775, under Charles III the inside of the church was completely redecorated by Ventura Rodríguez in an exquisite roman-inspired neoclassical style, however the large Vicente Carducho paintings above the three altars were preserved.

The convent's main cloisters, choir and Relic Chapel have survived intact to this day. The coherent and decorative design and remarkable conservation of the Relic Chapel make it a truly exceptional site and its wealth of sacred relics includes a reliquary with the blood of Saint Pantaleon. The Kings’ Room is also of particular interest, with portraits of the founders and their royal relatives. 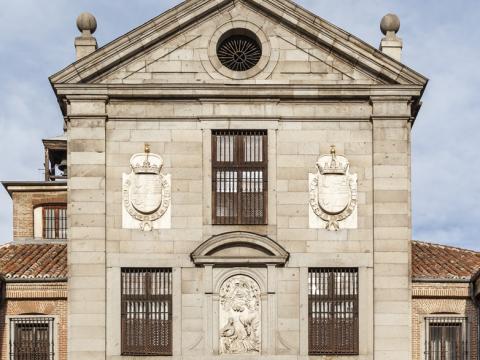 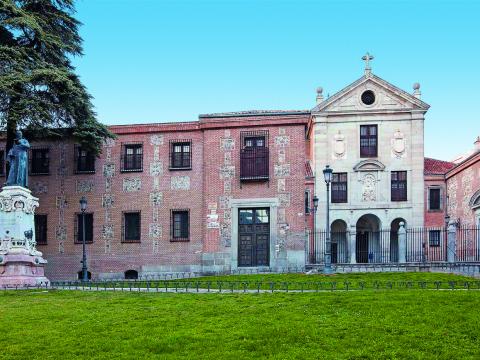 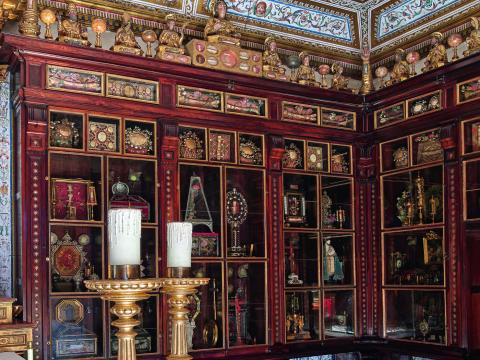 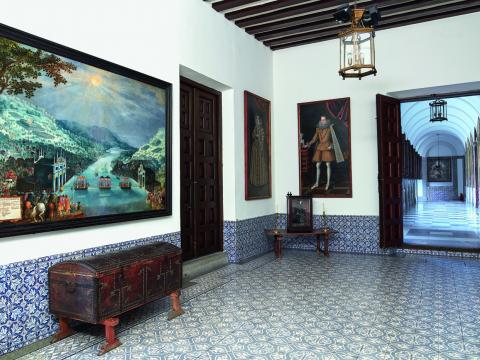